A blog, by Allergy, Asthma, & Immunology Associates of Central Florida. AAACF provides relief from allergies, asthma, sinus problems, chronic cough, chronic idiopathic urticaria, dermatitis, and other allergy related conditions. Dr. Steven Rosenberg, MD, Carlos Jacinto, MD, and Harleen Anderson, MD. together with their staff specialize in allergy and immunology in Central Florida. If you or your child is suffering from a food allergy or any other kind of allergy, please call us at any of our four convenient locations to schedule your appointment today.

In spite of all the medical advances in the field of asthma prevention and treatment, 1-in-13 Americans still suffer from the disease, every year. Asthma is responsible for 10 deaths, every day, in the United States. It’s a complex, growing disease, with a lot of different facets to it. It impacts our lives in unpredictable ways, which is why it’s important to look at it from different angles.

This is why we have created our official asthma blog – to bring you asthma insights from different corners and highlight this condition for the serious thing it is. Because, when it comes to you, your family, or your loved ones’ health, one of the best things you can do is to educate yourself.

Not sure about treatments? You may be surprised to learn about new developments in medication, Looking for success stories? There are plenty to go around and, once you find one, you’re bound to find more.

Discover high-end content, insights, studies, and the latest news from Allergy, Asthma, & Immunology Associates of Central Florida’s official blog. With access to the latest developments, medical opinions, news, and information, it’s our goal to shine a light on asthma so you don’t have to live in the dark. 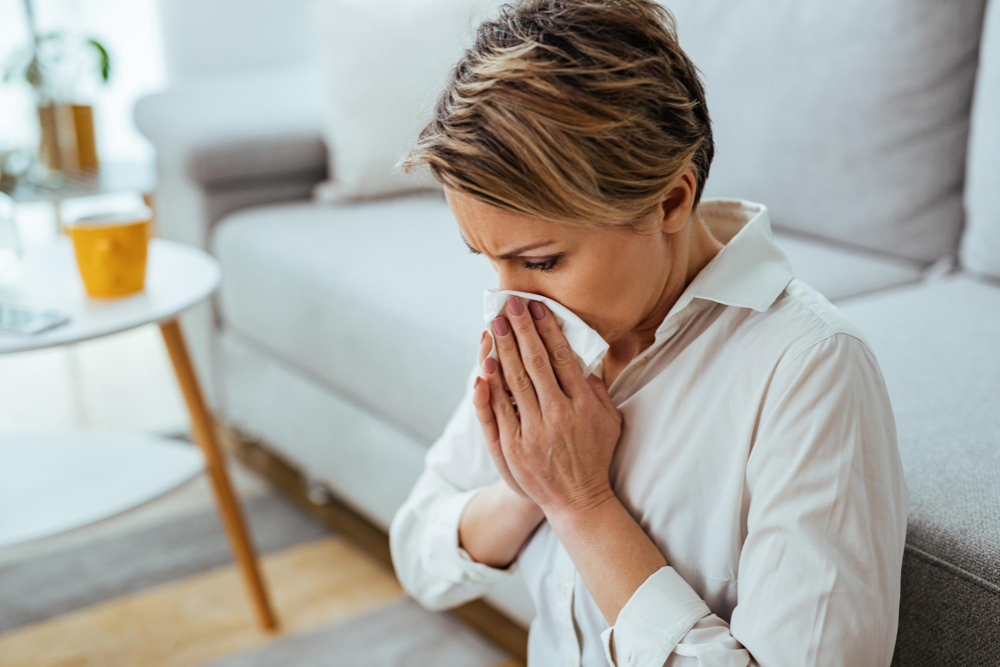 You’ve probably heard of allergies and sinusitis, but do you know what they are and how they can affect your health? This blog post will dive into both conditions to help you better understand them.

When you have allergies, your body’s immune system mistakenly thinks that a harmless substance (usually pollen) is harmful. This triggers your immune system to produce antibodies against that substance. These antibodies cause the allergic reaction, ranging from sneezing and itchy eyes to more serious symptoms like anaphylaxis.

In sinusitis, bacteria or viruses cause inflammation in the nasal passages and other parts of the upper respiratory tract—including the sinuses. The combination of bacteria, viruses, and inflammation causes pain and all the other symptoms associated with allergy-related sinusitis: stuffy nose, postnasal drip, and coughing.

The Common Cold vs. Allergies vs. Sinusitis

Allergies and sinusitis are caused by the immune system reacting to a substance it thinks is harmful, but their causes differ. Allergies are caused by an overactive immune system, which causes swelling and inflammation of the nose and throat. Sinusitis results from an infection of the sinuses that can occur when you have a cold or flu virus. While they are similar in many ways–both can cause nasal discharge, congestion, sneezing, and other symptoms–there are some critical differences between these conditions.

Allergic rhinitis, or hay fever, is a common allergy that causes symptoms such as sneezing, runny nose, itchy eyes, and congestion. The symptoms are typically worse in the morning and can be triggered by pollen (such as grass pollen), dust mites, mold, or pet dander. Some people also report experiencing an allergic reaction to foods.

If you’re experiencing any of these symptoms regularly—or if they seem to worsen—it’s essential to get tested for allergies to begin treatment immediately.

These are signs of allergies if you have a runny nose, congestion, facial pain (or pressure), tooth pain, and postnasal drip. Allergies can cause inflammation in your sinuses, resulting in the symptoms listed above. This is called sinusitis, and it’s typically caused by allergies or infections—an overgrowth of viruses or bacteria that irritate the membranes covering your nasal passages and sinuses. Other causes include structural abnormalities like a deviated septum, which prevent air from flowing smoothly through your nose when you breathe in or out.

Nasal polyps are painless, and they can be large or small. They can also appear on only one side of the nose or both sides. You may not see them with your naked eye—but you might feel them.

If you have nasal polyps, you may notice an unusual sensation in your nostrils when breathing through them. Sometimes this feeling is described as “air trapped in my nose” when inhaling through the affected nostril(s). Other times it’s described as “pressure” due to blockage by these obstructions.

How to Tell Between an Allergy and a Sinusitis

You should be able to tell the difference between allergies and sinusitis.

Why Are My Allergic Rhinitis or Sinusitis Symptoms Getting Worse?

The immune system is a complex network of cells and organs that work together to protect our bodies from harmful invaders, such as bacteria and viruses. The immune system recognizes these unwelcome guests as “foreign” because they are not naturally part of the body. Different types of cells work together to produce an inflammatory response in response to foreign invaders. This causes swelling and redness in tissues wherever there is inflammation—typically the nose, eyes, and throat when it comes to allergies.

Most people have at least some level of allergic reaction when exposed to an allergen or irritant that causes their immune system to overreact with symptoms like sneezing, coughing, or runny nose; however, most people can tolerate small amounts of allergens without any problems at all while others may experience severe reactions that require treatment with medications like antihistamines (Benadryl) or immunotherapy shots (allergy shots). People who have allergic rhinitis experience symptoms throughout their lives, but these symptoms tend to worsen with age due primarily due aging factors such as reduced lung capacity and structural changes in your nose caused by chronic infection.

Know How to Tell the Difference

Knowing the difference between allergies and sinusitis can be difficult, but knowing so you can treat them correctly is essential. Allergies are caused by pollen, mold spores, and pet dander, and symptoms include sneezing, runny nose, and itchy eyes. Sinuses are located behind your eyes, forehead, and cheeks; they help drain the mucus produced by infections or inflammation.

Sinusitis symptoms include nasal congestion (feeling like you have a stuffy nose), facial pain (around the face or teeth), headache, and toothache. If these symptoms cause discomfort for more than three weeks, see your doctor because this may indicate chronic sinusitis, which requires medical attention. Nasal polyps are small growths in the nasal passages that can cause sinusitis symptoms like those listed above; if you’re experiencing these issues for more than three months without any relief from over-the-counter medications such as acetaminophen/ibuprofen or decongestants, then see a doctor immediately!

We hope this article has helped you better understand the difference between allergies and sinusitis. It’s important to know because they can be treated very differently, but it can also be challenging to tell them apart. If you feel like your symptoms are worsening or have any questions about your diagnosis, schedule an appointment with one of our allergy specialists today!

Sign up for our newsletter for interesting articles about allergies – including food allergies, asthma, and skin conditions. As well as what’s new with our practice.